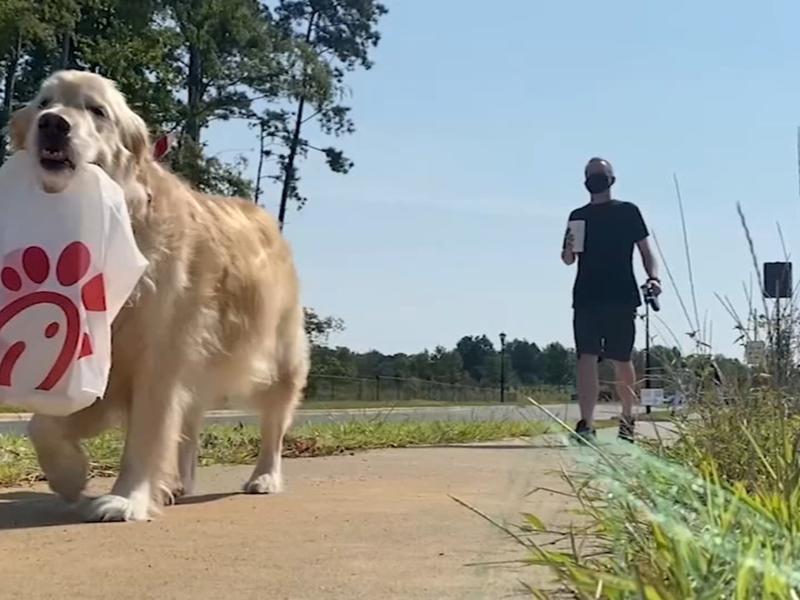 Ellie the Golden Retriever became a true internet star after video emerges showing her fetching a Chick-fil-A bag filled with the restaurant’s goodies on social media.

This adorable Goldie is nine years old and her dad, Nick, confessed:

“I didn’t really train her, to be honest with you,”

Nick rescued Ellie from a pretty bad situation when she was a puppy.

“I was just amazed that one, we had such a fan in Ellie and Mr. Nick,” Sammy Culberson, the restaurants on owner-operator said. “and two, how he could be so calm, cool, and collected to put a bag of chicken in their mouth and be so poised to walk back to their home.”

“I could leave a steak on the ground and leave for eight hours and she still would not eat it,” Nick said.

The video, which has been viewed millions of times, was shared on the restaurant’s Facebook page.

“I knew it was something special that had to be shared.”

And indeed it is.

Post Views:
See also  Golden Retrievers are the best family dogs. This is why
0
Shares 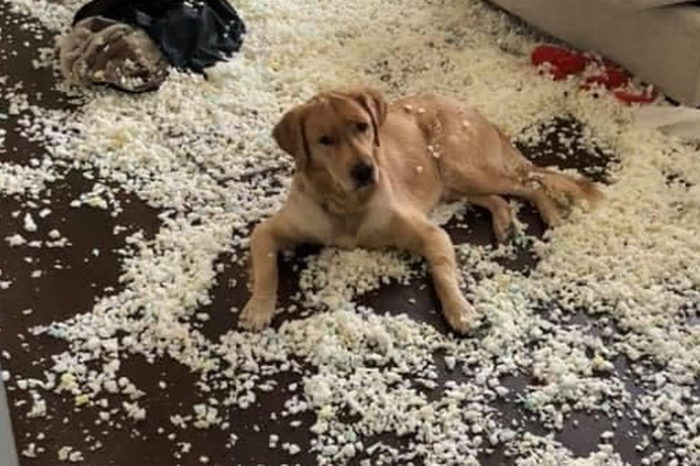 That feeling when you walk in a room and the pup says: "It just exploded! I had nothing to do with this"