0
114 Views
0
Warning: json_decode() expects parameter 1 to be string, object given in /var/www/thinkingofsth.com/wp-content/plugins/posts-social-shares-count/classes/share.count.php on line 66
0
Shares 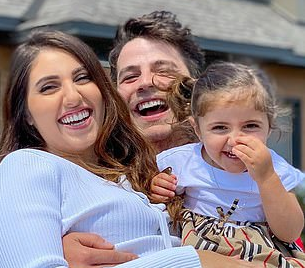 This could be the world’s biggest ever gender reveal party!

Influencer couple Anas and Asala Marwah, known as ‘Anasala Family’ on YouTube, shared a video to their channel on Tuesday which tells the story of them travelling to Dubai with their friends and family for the occasion.

This could be the world’s biggest ever gender reveal party!

Typically, a gender reveal party involves something like a cake, pinata, confetti cannon or a balloon, that when opened reveals pink or blue, giving the family a surprise when they learn the sex of the soon-to-be-born baby.

But they announced that they are expecting a boy to their millions of followers with an incredible light show on the side of Dubai’s Burj Khalifa.

The 15-minute video culminates in the couple – who married in 2017 – standing on a grand balcony, next to the world’s tallest building and holding Mila, their young daughter.

The couple watch as the huge light show begins to count down from ten, before finally lighting up in bright blue with the words ‘It’s a boy’ emblazoned on the side of the building.

Before the reveal, the video shows the couple telling the story behind the light show.

They explain that they are clueless about the sex of their new baby, and that the doctor handed the confirmation directly to their friend handling the surprise.

Since being uploaded, the video has amassed over 15.5 million views, and has been met with their followers sharing thousands of congratulatory messages.

Some reports suggested that the display cost the couple £74,000, but the couple said ‘We didn’t pay any amount to any entity to make this happen.’

The Extraordinary Moment Sia Gifts $20,000 To A Father Of Two Who Lost His Wife To Cancer Before Losing His Job And Home Due To The Coronavirus Pandemic