0
778 Views
0
Warning: json_decode() expects parameter 1 to be string, object given in /var/www/thinkingofsth.com/wp-content/plugins/posts-social-shares-count/classes/share.count.php on line 66
0
Shares 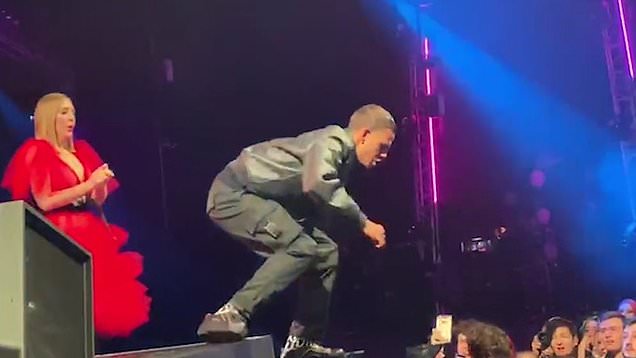 NME Awards ceremony last night shows why rapper Slowthai is so controversial. He first hurled a champagne glass into the audience, and shortly after jump in to the crowd to angrily confront hecklers during an explosive row.

Hip hop artist reacted with anger as some from the audience loudly booed and screamed “misogynist”, when he picked up the Hero of the Year Award after a cringeworthy interaction with host Katherine Ryan just moments before incident.

Their exchange on stage was more then awkward, as Slowthai attempted to lean on Katherine breasts and shortly after that made sexual comments about “her flowers”. That shocked audience at the Brixton Academy, so they responded to rapper in very rude matter.

Angry fnas confronted him, and the 25-year old rapper hurled his microphone into the crowd, leading one audience member to pick it up and shout ‘wasteman’ before throwing it back at him.

Slowthai didn’t stop there, as he then threw a champagne flute at the man before jumping into the front row.

He was then held back by several bouncers during a brief melee in the crowd, before returning to the stage to accuse the man of ‘ruining his speech’ where another audience member threw a beer can at him. 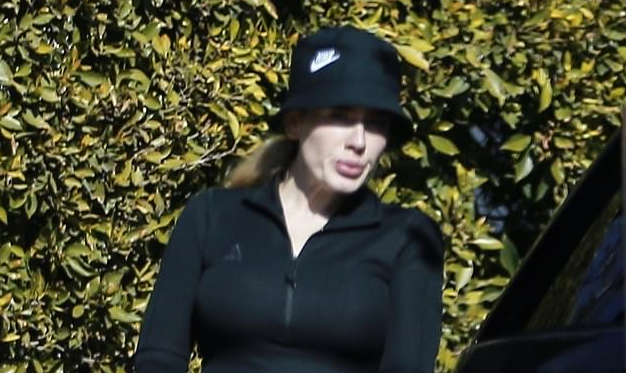