The Simpsons ‘Predicted’ Tom Hanks Would Get Coronavirus! 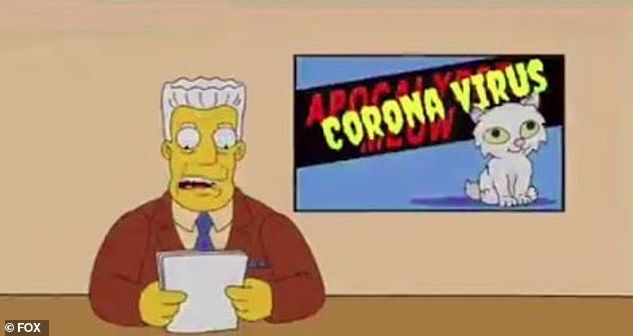 The iconic cartoon has repeatedly foretold major historic events during its four decades on the air. Fans recently noticed that the show ‘predicted’ the coronavirus itself in the 1993 episode Marge In Chains, which saw the outbreak of a far-eastern virus. In 2007’s The Simpsons Movie, Hanks makes a cameo appearance, and says – ‘This is Tom Hanks saying if you see me in person, please, leave me be’.

Fans of The Simpsons believe that the show predicted actor Tom Hanks would be struck with the coronavirus.  The iconic animated TV show has been known to foresee major world events – from Donald Trump’s presidency to the discovery of a three-eyed mutant fish to the erection of London skyscraper The Shard.

The show previously ‘predicted’ the coronavirus itself – with 1993 episode Marge In Chains featuring a far-eastern virus sweeping the planet and infecting the residents of Springfield. 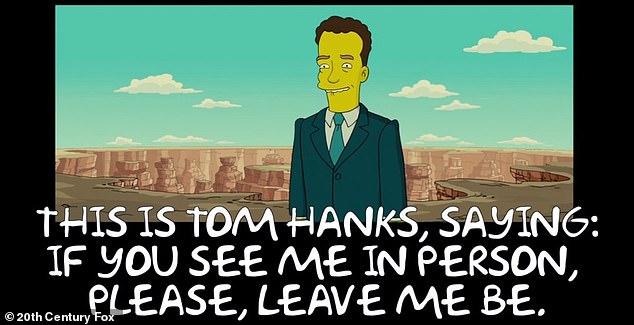 Fans now believe the writers foretold that actor Hanks, 63, would have to self-isolate one day, as news broke that the Hollywood star and his wife, Rita Wilson, caught COVID-19 while filming Baz Luhrmann’s Elvis Presley biopic on location in Australia.

One person Tweeted: ‘The Simpsons are from the future. They have predicted everything that has happened to us. Like trump becoming pres, Kobe’s death and now the coronavirus. What’s next?! The world ending?’

Someone else penned: ‘The Simpsons scares me. This episode aired 27 years ago in 1993!’

Other examples of The Simpsons fortune-telling skills include 2000’s episode Bart To The Future, in which Lisa is the president of the United States, having succeeded Donald Trump.

This episode aired 16 years before even the idea of Trump taking over The White House was a possibility. 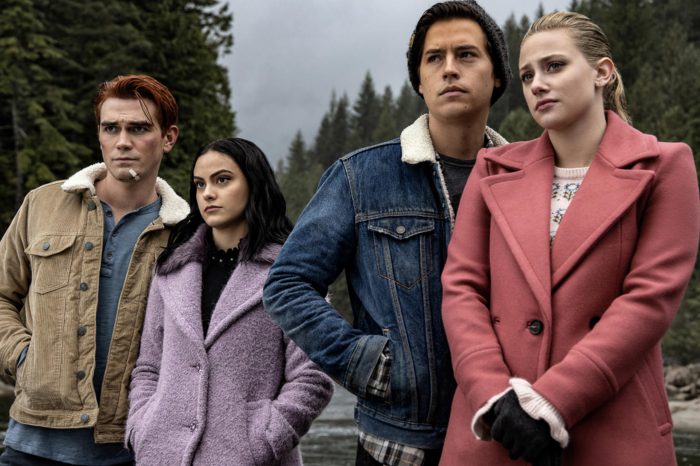